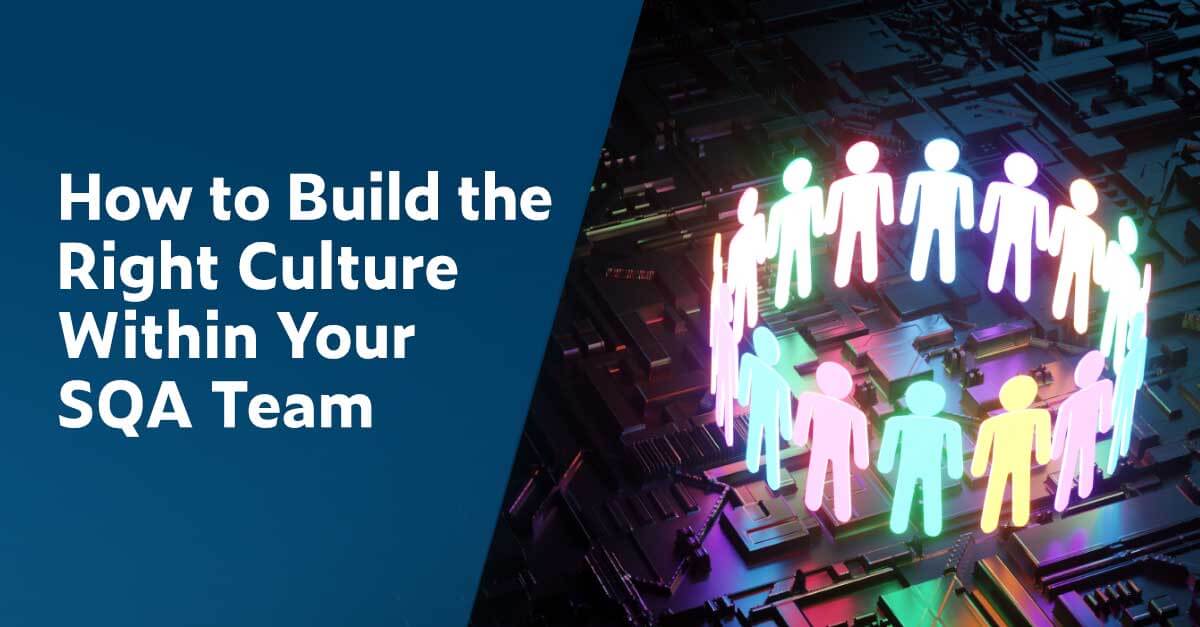 At a testing tradeshow, someone once asked me, “How do you manage a QA team within a scrum methodology?” I gave it some thought and here I am writing about it.

The concept behind developing software within a Scrum environment is that teams self-organize. They manage themselves and hold each other accountable. It poses the question, what does a QA manager do with their time?

For me, it’s always been about building the right culture. Respecting those who report to you just as much as you respect those to whom you report. It’s about finding a way to manage your team without being directly involved with them. I know for some it’s difficult finding your niche within a scrum environment. For these reasons, I noted some of the main items I focus on with my teams when building a good culture.

1. Be the support that your team needs.

You are their voice. If the team has any obstacles in the way of achieving company initiatives or goals, it’s up to you to step up and clear a path for them. As an example, if the company wants to quickly turn around a major release, consider how this will affect your team.

Wherever the team faces obstacles, it’s up to you to voice concerns for them. The scrum master helps self-organize the team and is responsible to remove any roadblocks that impair them. But the QA team can get easily overlooked at times. That’s when you as a manager need to step up and clear a path for them.

As a manager, you need to help the QA team self-organize testing efforts. Help them stay focused on the tasks at hand and on what they do best: testing the functionality of the software. Assisting your team can be as simple as tracking down a third-party license or sitting in a meeting for them. Maybe the team is working on integration testing and you have to organize a meeting with different co-located teams to help explain how certain functionality works. The main point is to be available for your team. Do your best to keep them on the task at hand, which is testing.

Just because you’re a manager doesn’t mean you can’t be hands on to assist your team. We’ve all heard about leading by example. It’s oh so true. Yes, a manager’s role is to delegate and make sure the team is moving in the right direction and following policies and protocols defined by the company. But, as noted previously, you want the team to focus on testing. You may have to step in and take on tasks that will free up your team.

3. Meet with your team as frequently as needed.

As a QA manager with an Agile environment, you don’t get to work directly with each team member one on one because they’re with their scrum teams. Because of this, it’s essential to meet with your team as a whole as frequently as needed. In addition to discussing high-level topics about the team/company, you can use this time to:

Keep in mind the meeting is not only for your team, but also you as a manager to see how each team member is completing their tasks and how they’re functioning within the scrum team. As a manager, you must make sure each team member is in sync with one another. Especially if you have a lot of cross-functional teams that intertwine with each other. When it comes to performing testing, it’s important that the left hand is in sync with the right hand and that there are no gaps in each team’s testing. Although you generally want to keep meetings to a minimum, meeting up with the team as frequently as needed is essential to keeping everyone and their tasks in sync. It’s especially important because they don’t work directly with you on a daily basis.

4. Manage each team member based on their individual needs.

One thing I learned with my experience as both an engineer and a manager is that you can’t necessarily treat every team member the same. I’m not saying all aspects of their duties should be treated differently. For example, when enforcing company policies or procedures that should be the same across all personnel. What I’m referring to is how you manage each individual. Let me explain a bit more where I’m coming from on this.

When I first started as an associate engineer, I was full of energy and ambitions. Ready to take on the world and climb the “corporate ladder” so to speak. I didn’t realize then what I do now. I needed a sense of direction. I needed someone to point me to the right path. I was like a sponge and was willing to absorb everything and anything. As I matured and spent years refining my craft and fine tuning where and when to exert my energy, I realized I didn’t need that hands-on mentoring anymore. I became the mentor for others as they started in the industry. This didn’t mean that I didn’t want to learn new things. Let’s face it, in this industry if you’re not learning new things year in and year out, you’re falling behind the industry standards. This just meant that my mental state had changed. I no longer needed that hands-on manager that I craved when I first started.

This is why I say you can’t treat every engineer the same. Your more seasoned senior level engineers should need less attention than your junior level engineers. There are different titles with different salary brackets for a reason. More is expected from senior engineers and this includes the ability to self-manage. Whereas an associate engineer is still learning. They need a manager to point them in the right direction, even though at times they won’t think so. I’m not a fan of this term, but they could use a little micro-managing, so to speak.

5. Keep your team up with constant change.

As I mentioned above, this industry is constantly changing, which is one of the main reasons why I chose this line of work. There is always something new to learn. Keeping this in mind, your team needs to have the ability to adapt and change with the industry standards. As a manager, you need to constantly look for ways to educate and improve your team’s skills. This can be updating some of your team’s tools or getting them some training.

If your individual engineers don’t improve their skillset from year to year, then your team may start to fall behind. If the team falls behind, you as a department will fall behind and it just becomes a domino effect. Promoting and pushing for your team to educate themselves, learn new tools and learn new skills is a mindset that you need to embed. Maybe they take an online training course. If the budget permits, try to send one or two team members to a tradeshow when things start opening up after the pandemic. If they see you investing in them, they’ll come back to work reinvigorated with new ideas from the show.

Updating your team’s tools also improves their skillset. For example, we were previously using an outdated bug tracking system. I migrated the bug tracking system to something more up to date that integrated with other development tools. QA and developers could now work with one tool. It made life easier for our team and also the entire development department. Sure, there was a lot of time spent researching and migrating all the data over to the new system. When it was all said and done, it helped my team become more efficient in performing their day-to-day tasks. Always look for ways to improve as a whole since this industry is consistently adapting and changing by the day.

6. Make yourself present to the team.

With the pandemic, it became especially important to make yourself present and give a personal touch. There are little things that make a big difference. Make a phone call instead of having a chat session. Turn on your video during a Zoom conference so that the team can see you.

The Ultimate Goal of Building the Right Culture

All in all, QA managers have their work cut out for them to build a great culture within the team. In short, the job at hand includes:

The duties go on and on. Most importantly, keep focused on what you’re trying to accomplish, which is to keep the quality standards high to meet the expectations of your company and clients.

Daniel is Parasoft's Director of Quality Assurance. He believes in having both manual and automation testing in place as part of the quality assurance process of testing software.