Preparing for Porting to 64-Bit Platforms 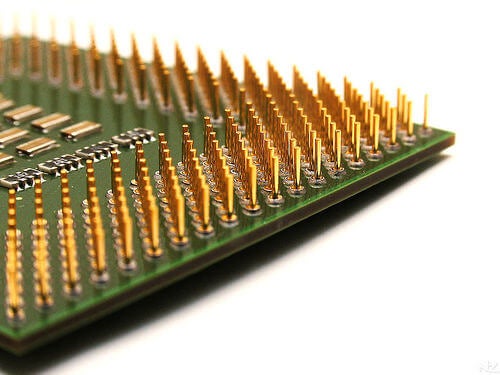 By finding and fixing C/C++ memory errors before you port to 64-bit, you can reduce the risk of failures on the new platform and architecture, streamline the porting process, and make the original application more robust and reliable.

Here’s a process you can apply to prepare your application for the 64-bit porting process:

When one of these mutants performs differently than the original program, it indicates that the code’s functionality relies on implicit assumptions which may not always be satisfied during execution. If a mutant causes the program to crash or encounter other serious problems, it’s a sign that when the assumptions are not satisfied, serious errors will occur at runtime.

In C++, this process of creating and running equivalent mutants can uncover:

Step 2: Use static analysis to identify error-prone and non-portable code

After you clean the most critical errors exposed by mutation testing, use a static analysis tool to identify code that is likely to cause trouble when it is ported to the new platform/architecture. Static code analyzers use a compiler-like front-end to build a syntactic and semantic model of the software. The syntactic model is then analyzed against a set of rules or “checkers” to see if the code is in violation. These checkers use pattern-matching algorithms to detect errors such as poor use of language constructs, use of insecure functions, and detect poor coding practices that hinder portability (to be covered in my next post) and other violations of coding guidelines.

More sophisticated checkers employ semantic analysis that uses data and control flow to detect complex bugs and security vulnerabilities. To do this, the static analyzer builds an execution model of the software, considers possible paths through the code, and evaluates use of data as it flows from source (e.g. user input) to its destination (e.g. an API call such as a system call). Analyzing every single possible condition and path would be too time consuming, so the analyzer uses heuristics to detect the most likely paths for evaluation. Types of errors detected by these checkers include null pointer deference, buffer overflows, and security vulnerabilities like command and SQL injections.

There are two main tasks to focus on while performing static analysis:

First, check industry-respected C/C++ coding standards that identify coding constructs, which are likely to lead to problems on any platform or architecture. By ensuring that code complies with these coding standards, you prevent errors. This translates to less debugging on the new platform or architecture and reduces the chance of having bugs that elude testing and make their way into the release.

Repeat runtime memory error detection to verify that the modifications you made while fixing static analysis violations did not introduce any runtime errors.

At this point, you might want to perform one more step to ensure that your code is as error free as possible before you port it. This additional step is unit testing. Unit testing is traditionally used to find errors as soon as each application unit is completed. It can also be beneficial later in the development process because, at the unit level, it is easier to design inputs that reach all of the functions. In turn, this helps you find errors faster and expose errors that you might not uncover with application-level testing.

In the next post I cover the use of static analysis to help prepare code for porting to 64-bit platforms.