The goal of microservices is to break down gigantic application infrastructures into smaller chunks that are individually scalable. Read through to understand the challenges inherent in testing microservice and how microservice testing can help maximize your ROI.

Microservices strive to break down traditional monolithic applications into small, scalable, individually deployable services. Some microservice architectures operate in a reactive environment where services can communicate asynchronously without blocking a reply.

These types of microservice-based environments are less prone to failure when parts of the system go down or misbehave. For full functionality, the correct operation of all dependencies is still needed, but a major advantage of this approach is the decoupling it provides.

Microservices are self-contained, which means they can be individually deployed, scaled, and changed as needed. This allows for rapid iteration. However, to achieve quicker iterations and reliable service, more attention is now paid to APIs—both public-facing and those used internally among dependencies.

When it comes to testing microservices, there’s a whole raft of new challenges that show up. 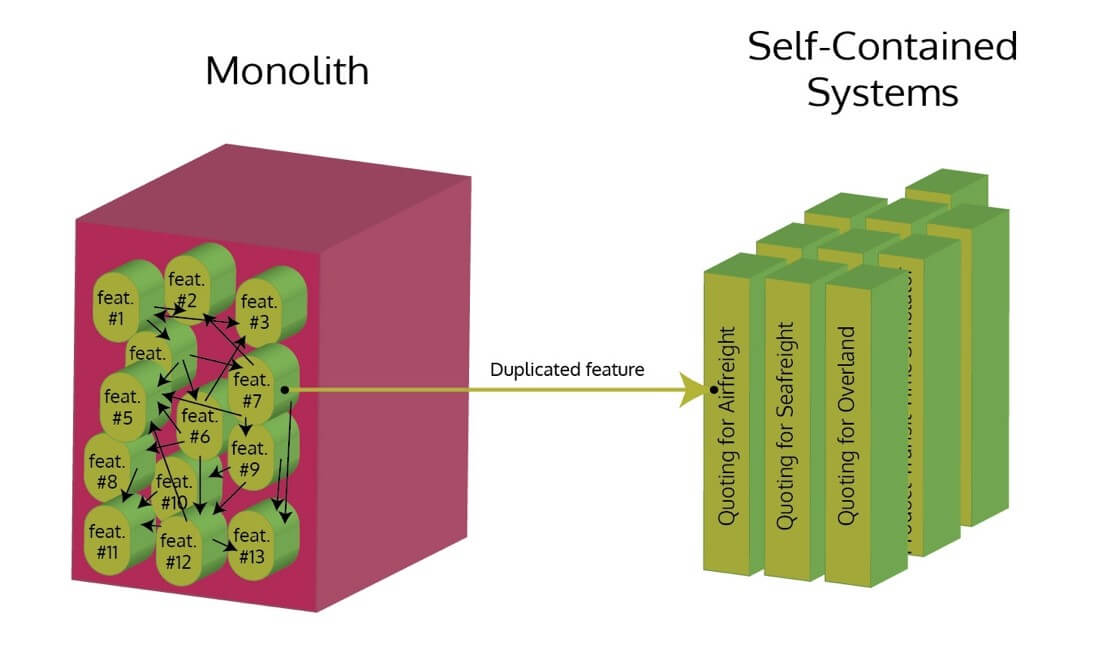 The shift to microservices brings new challenges for software teams that reduce the ROI on transition.

Many More Interactions to Automate at the API Layer

The interdependencies between microservices require many more handoffs and interactions taking place behind the scenes at the API layer. Adequate testing requires us to not only understand those interactions but be able to isolate them and test them.

Microservices are agile in terms of modification and redeployment but the complexity of testing them slows down parallel development. This complexity is due to numerous interactions among services. It complicates the test environment and muddies the understanding of what’s going on.

Impacts on the Traditional Methods of Testing

Microservices are at odds with traditional testing, which usually relies on synchronous request/reply interactions. Microservices are sometimes deployed in reactive, event-driven architectures with new protocols and message formats and asynchronous communication.

Increased interactions and dependencies increase the potential points of failure. And due to the reactive nature of services, new event flows can fire out of order and break down.

The move to microservice architecture has benefits but also comes at a cost that often distracts the development team from revenue-generating feature implementation. Unless the testing and parallel development roadblocks are cleared the true ROI is difficult to achieve.

Three Strategies to Make Full Use of Microservices Testing

To maximize the ROI of microservices testing, follow these tactics:

Along with this, it’s critical to automate the validation of API sequences that require data exchange between services. Most of these API sequences are based on “recordings” of the API traffic from your automated UI tests. These API sequences can be cloned and transformed to increase test coverage.

Automated API tests are a platform for nonfunctional tests because real-life sequences can be automated for load and performance testing using the same test assets and test framework.

Test data management is a critical function of test automation. It needs to preserve the security of the test data (if based on production data) and parameterization of the data to support new and complex scenarios.

To verify correct behavior, visibility into service interactions is needed. To build visibility into event-driven architecture is service virtualization. Virtualization helps by being a proxy in the middle of various applications that are integrated together. By creating a virtual service to mock a legacy database, for example, it’s possible to monitor requests coming to and from the legacy system and the microservice under test.

The ability to monitor interactions in an event-driven architecture is useful. Service virtualization allows us to automate the validation of those complex workflows as data moves between systems. Assertions are placed in the virtualized services to ensure correct request/response transactions making it possible to both monitor and verify complex event-driven interactions.

Service virtualization takes service mocking to the next level. It simulates the complex, stateful, behavior of your API interactions to stabilize and isolate your functional test automation from difficult to manage to control downstream dependencies. This virtualized, stable test environment can be replicated for every developer and tester, removing the complexities of real-world environments yet retaining the required behavior for testing. This further enables continuous validation of your microservice inventory, including client system tests as a part of your CI/CD/DevOps pipeline.

In many organizations, testing is top-heavy. In other words, more testing time and effort is spent on manual or UI tests than API or unit tests. These organizations understand that they need better coverage, but UI testing is easier to understand and define (user interfaces are more intuitive). As a result, less technical (and less expensive) resources can do the testing.

Software organizations often look to automate the testing they are currently doing, which is predominately UI testing. Although this helps, UI automation is unstable and requires constant maintenance. In addition, most of the issues experienced at the UI level are results of bugs at the API layer. The lack of visibility into the underlying activity and interactions means wasted time determining the root cause.

Organizations willing to transform their API automation gain better-tested products and save time and money by looking at testing from a combined top-down and bottom-up approach. A new testing strategy has high ROI because thoroughly validated APIs reduce the instabilities in UI, which means better customer experience.

Higher levels of test coverage are now possible with reduced test creation time. Increased visibility into the interactions at the API level means reduced mean time to remediation. Developers will figure out more problems, quicker. It’s a win-win with high ROI on a relatively modest investment.