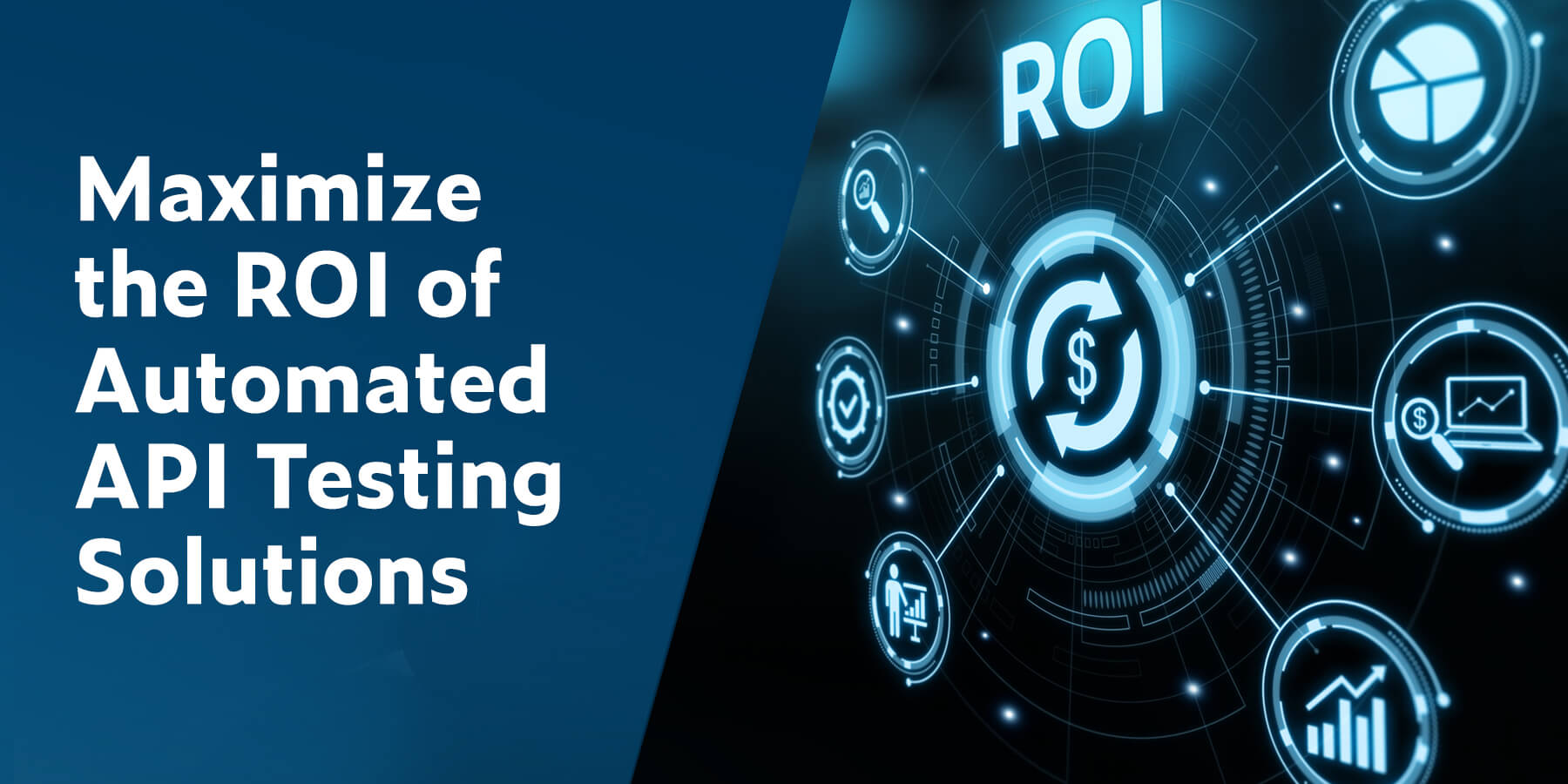 How can your team maximize the return on investment (ROI) when adopting an automated API testing solution?

First, have a look at my checklist of required capabilities for automated API testing tools and must-haves to maximize ROI.

Now, let’s dig into the details of the ROI list.

The number of APIs in modern applications is exploding and becoming more and more difficult to manage, let alone test. Most applications have a combination of known public interfaces and undocumented APIs that fly under the radar of testers. The best way to deal with this scenario is to observe the application during testing to see all the traffic and interfaces used at runtime.

Parasoft SOAtest includes the smart API test generator, which runs as a web browser extension to capture all of the traffic between the UI and the frontend services. Using AI, it deduces the data relationships in the API traffic and creates a test scenario template. SOAtest lets testers manipulate these templates to create test suites rapidly and easily.

By leveraging existing UI tests, teams can create a suite of API tests. These tests can be expanded upon to build functional and nonfunctional test suites, while still integrating all test results and metrics with the other realms of testing: unit, API, UI, and other manual tests.

The future of enterprise architectures is uncertain. Trends like the Internet of things (IoT) and microservices have taken off. Where does it go from here? We’re not sure. Regardless, testing tools must be resilient to these changes and support current and future communication mechanisms in applications.

Parasoft SOAtest supports a wide variety of legacy and current communication protocols, including support for IoT and microservices. More than that, it supports testing and results from what might not be considered APIs at all, such as web, mobile, and direct database access. If it’s not supported now, you can easily customize the tool to include new protocols.

More importantly, all testing results in the Parasoft suite of tools are stored in a common place and correlated by component, build, requirement, and test/test suite. Tests aren’t limited to what’s in the box.

For an automated API testing tool to increase productivity, it needs to be in the hands of the many. Developers, testers, managers, and whomever else should have access to the test information and results as needed. Detailed test settings aren’t of interest to managers, but metrics such as code coverage, API coverage, requirement coverage, and the current state of the test suite do matter.

For all the ad hoc users, Parasoft SOAtest provides a thin client to access test cases created and data captured during recording. The development testing platform collects this data in a central repository and provides various views into the data depending on role and needs.

Accessibility means more than user interfaces. Tools must scale with the projects and organization and integrate into the processes already in place. Parasoft SOAtest is available on the desktop and browser for immediate use and integrates with automation pipelines to run test suites offline. As the project scales, the API and web service testing tool is designed to handle growing test suites and code bases. Helping teams manage change and growth is an important aspect.

Constant change is the reality of modern enterprise software development. It can be a constantly moving target for everything from product requirements to security and privacy challenges to brittle architectures and legacy code.

Software organizations are dealing with this to some extent by adopting Agile processes and continuous integrations and deployment pipelines for a more iterative and incremental approach to all aspects of the software development life cycle.

Any software automation tool integrating into modern “software factories” needs to help teams manage change, not only of the tool’s own artifacts but also to reduce the burden of change in general.

Typical projects require two to six weeks of testing and test refactoring for each new version of a product. These large test cycles are delaying application release schedules without improving quality and security outcomes.
Parasoft SOAtest has native support for version control systems for test suite artifacts so testers can manage change at the API test level using their existing version control systems. Testers can visually inspect the differences between API tests with the usual ability to check in and check out from the repository.

There’s more to managing change than the tool’s artifacts. Parasoft testing tools work in conjunction with the development testing platform that collects and analyzes data from all levels of testing. This analysis is displayed as various dashboards that allow developers, testers, and managers to understand the impact of change on their code and tests.

By focusing testing on where it’s needed the most, teams can eliminate extraneous testing and guesswork. This reduces the cost of testing and improves test outcomes with better tests, more coverage, and streamlined test execution. Parasoft performs this analysis on each test that’s run, including manual, API, and UI test results, not just for test pass/fail, but also their coverage impact on the codebase. As code is changed, the impact is clearly visible on the underlying record, highlighting tests that now fail or code that is now untested.

To maximize the ROI benefits of API test automation, it’s clear that a tool needs to be usable and accessible by the entire team and provide quick and easy ways for testers to build adaptable and resilient test suites.

Just as important is how the testing tools help teams manage changes in code, requirements, and technology. Parasoft SOAtest helps teams realize the promise of API test automation while improving their testing outcomes. And reduces those lengthy test cycles to accelerate project deliveries.

When UI Testing Hits the Wall, Break Through With API Testing