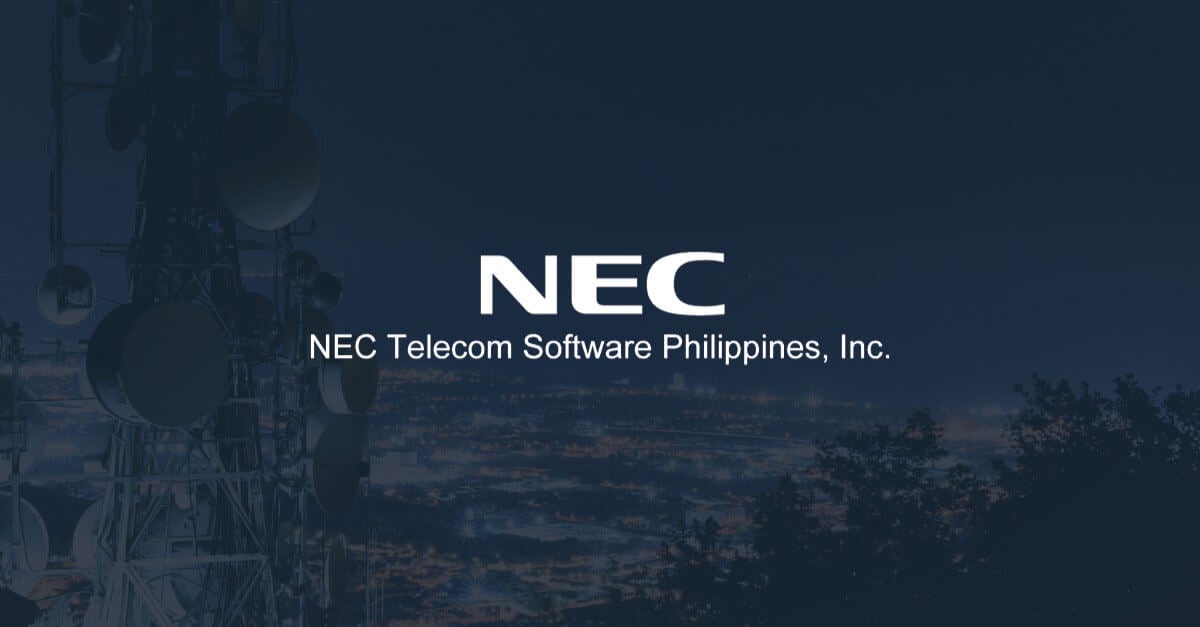 NEC Telecom Software Philippines (NSP), a subsidiary of NEC Corporation of Japan, is located in Manila. NSP develops technologies for broadband and mobile communications, as well as IT and network solutions that meet the highest level of customer satisfaction with their high-quality output.

NSP’s Virtual Target Solution (VTS) team is made up of 15 people, and enforcing internal quality initiatives was challenging. Most of the developers were young engineers just learning NSP’s important internal quality initiatives, such as code review, scope, and range of testing. Until recently, only the two senior-level engineers performed reviews of all of the source code for any given project assigned to the team. This source code is typically between 10,000 to 12,000 lines of code.

When the VTS team found themselves working on a project with an extremely tight schedule, it was impossible for the senior developers to code review everything. As a result, an abundant number of coding errors and potential errors passed through the coding phase. This, in turn, adversely affected unit and integration tests.

Due to the high degree of difficulty that accompanied reviewing all of the source code and verifying all of the checkpoints listed in their draft QA plan, Joel Calderon, software design supervisor for NSP’s VTS team, decided to begin searching for an alternative solution to manual code reviews and writing unit tests.

NSP has a high commitment to quality and Joel was determined to stay true to that commitment. He had previously had positive experiences working with Parasoft Jtest, a solution for Java, so he turned to Parasoft C/C++test, an automated unit testing and coding standard analysis solution for C and C++.

To assist in detecting coding violations, the VTS team used Parasoft C/C++test RuleWizard. Cherry Ann Alib, a software design engineer, stated, “It’s very useful because we can customize our rules with RuleWizard for the code review and coding standards analysis.”

After putting Parasoft C/C++test to use, Joel said, “It worked wonders for detecting the coding violations.” According to Joel, the VTS team cut both the time and cost of their code reviews. Using Parasoft C/C++test has helped them get the job done within 2 to 3 hours for 8,000 to 10,000 lines of application code. Previously, the intricate manual code reviews performed by the more expensive senior-level engineers took 10 to 15 hours for the same amount of code. Now, the VTS team can entrust the task of performing automated code reviews to their most junior team members because the task only entails learning how to use the solution.

For the same tightly scheduled project mentioned earlier, the VTS team had to create more than 500 unit test cases within two weeks. Cherry says of this project, “We were having a hard time creating unit test items manually. It was a tedious task, so we started looking for a tool that would automate the creation of test items.”

Parasoft C/C++test runs the tests during the night, and then the team gets the results of those tests in the morning. The reduction in time saved can also be attributed to the fact that with Parasoft C/C++test, 75-80% of errors were detected during the upstream processes (design phase up to unit test phase), leaving only 20-25% left for the downstream processes (integration testing phase to product release).

All team members are trained in Parasoft C/C++test, so anyone can run it. According to Joel,

“Parasoft C/C++test has made it easy to transfer knowledge to new people. reducing the negative impact when experienced developers leave and new ones come in to replace them.”

He goes on to say, “It’s easier to teach new people how to merely use the software rather than the concepts of QA and all the things that they need to know in order to adhere to those internal quality initiatives, such as code review, scope, and range of testing. Automation makes it a lot easier for us.”

As a result of Joel’s decision to start using Parasoft C/C++test, the VTS team was able to meet their client’s deadline, which they never thought they could do on such a tight schedule. What’s more, the VTS team was able to win two additional projects from this same client. Beyond the success and high quality that NSP’s clients see, the VTS team is more productive in less time. Before using Parasoft C/C++test, their average working hours ranged from 12 to 15 hours per day. Now, their norm is right at 8 hours.

“We barely have overtime work now. For example, for unit testing and even code review, we just leave it with the machine performing Parasoft C/C++test, and then we get results in the morning. Now,  projects are much less stressful. C/C++test enhances the quality of our products and the quality of our lives.”

Learn how to leverage a comprehensive testing tool to maximize testing ROI. Download the whitepaper.