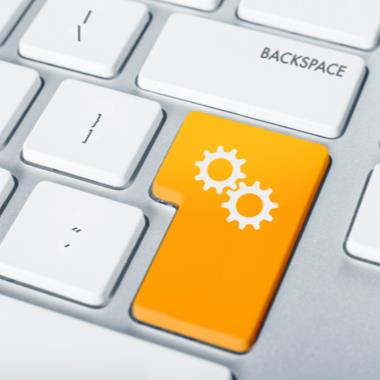 According to Wikipedia’s Continuous Testing and API Testing pages, it’s necessary to shift focus from GUI testing to API testing because:

Parasoft SOAtest provides an industry leading API testing solution that is widely recognized as best-in-class, with innovative tooling and the broadest support for over 100 message formats and protocols. With visual drag-and-drop tooling, users can create the most complex test scenarios without having to write a single line of code because things like test flow logic, complex assertions, looping, data driving, and keyword association, such as BDD with Cucumber, can all be easily built with minimal technical experience.

Creating API tests is straightforward with Parasoft’s SMART API Test Generator plugin for Chrome, SOAtest monitors activity in your web UI from manual or exploratory testing, and converts the behind-the-scenes API calls into meaningful API test scenarios. This technique goes beyond simple record and playback, SOAtest leverages artificial intelligence and machine learning to actually understand what the API calls are doing, and then builds a meaningful API test scenario that is reusable and customizable.

Users can comfortably traverse complete end-to-end test scenarios right within one test case inside SOAtest, to comprehensively validate the complete user experience. All tests created in SOAtest can then be leveraged and run as security and performance tests, to efficiently validate nonfunctional requirements for early-stage testing.

Accelerating and automating API testing support teams adopting or currently performing continuous testing.  SOAtest includes an integration with existing CI/CD systems (i.e. Jenkins, TeamCity, Bamboo, Azure DevOps) alongside Parasoft’s service virtualization solution, tests can be executed on-demand to accelerate the feedback process required from agile development methodologies. Results from testing provide meaningful and actionable tasks in SOAtest’s dynamic reporting system that can take the form of a simple PDF report to a dynamic multilevel HTML document outlining which tests executed, what the status was, and to which requirements they were associated, allowing multiple stakeholders to understand the health of their critical applications.

Parasoft’s centralized reporting and analytics dashboard correlates functional and nonfunctional test results with the underlying API and code coverage, so stakeholders can pinpoint risky functionality that needs to be tested, with a holistic view of the entire software development process.

As you will see, API testing can be quite painless. Watch our API Testing video to learn more about what’s involved and see how easy it is to get started with API testing:

When UI Testing Hits the Wall, Break Through With API Testing