Functional development teams can benefit from new functionality added to Parasoft SOAtest, Virtualize, Selenic, and CTP to deliver with confidence at speed. Enabling better Java web and cloud application development, Parasoft has added support and integrations with contemporary software protocols and practices, such as OAuth 2.0, HTTP/2, GraphQL, gRPC, and RabbitMQ. Version 2022.2 is also accompanied by a tandem release of the latest version of Selenic, which now supports Selenium 4.

Those who use our highly popular MongoDB Query Tool now have full CRUD capability. We also raised the UX bar with new inline expressions that allow users to extract values more easily from virtual asset requests and use them in responses, plus a whole lot more.

To top it off, we’ve tightened security by adding support for SSL connectivity for data repositories and made it much easier to configure authentication when testing apps that use OAuth 2.0. We also enabled TLS configuration for gRPC.

The latest release provides teams with helpful new features in the following areas:

OAuth 2.0 is the industry-standard protocol for authorization. OAuth 2.0 endeavors to make authorization easier for developers while providing flows for desktop apps, mobile devices, and servers. You can now more easily test applications that authenticate using OAuth 2.0. Parasoft previously supported OAuth 2.0 and enhance the user experience by simplifying the process to reduce tedious manual effort. We concentrated our efforts on the three most common grant types:

In version 2022.1, we released a GraphQL Client with a literal input mode into which users could input the text of a predefined GraphQL query. It achieved its intended purpose, but we knew we could improve the UX moving forward. Now, in version 2022.2, we have done exactly that by extending this GraphQL functionality. Once users paste their query in literal view, they can switch to Form GraphQL mode to view, edit, and parameterize GraphQL queries in an easy, customized input form. 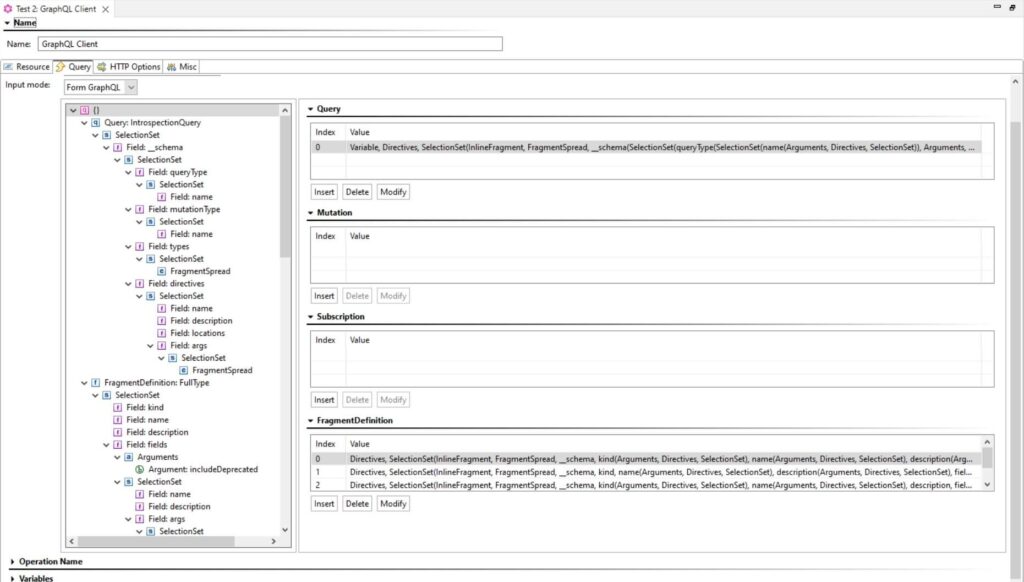 This release also includes GraphQL support within Virtualize to enable the creation of virtual assets that can parse and understand GraphQL. These virtual assets can be created by hand or from recorded GraphQL traffic.

GraphQL features its own schema definition language (SDL). We’ve added the ability to constrain the GraphQL form view to only those fields that are specified within the SDL. 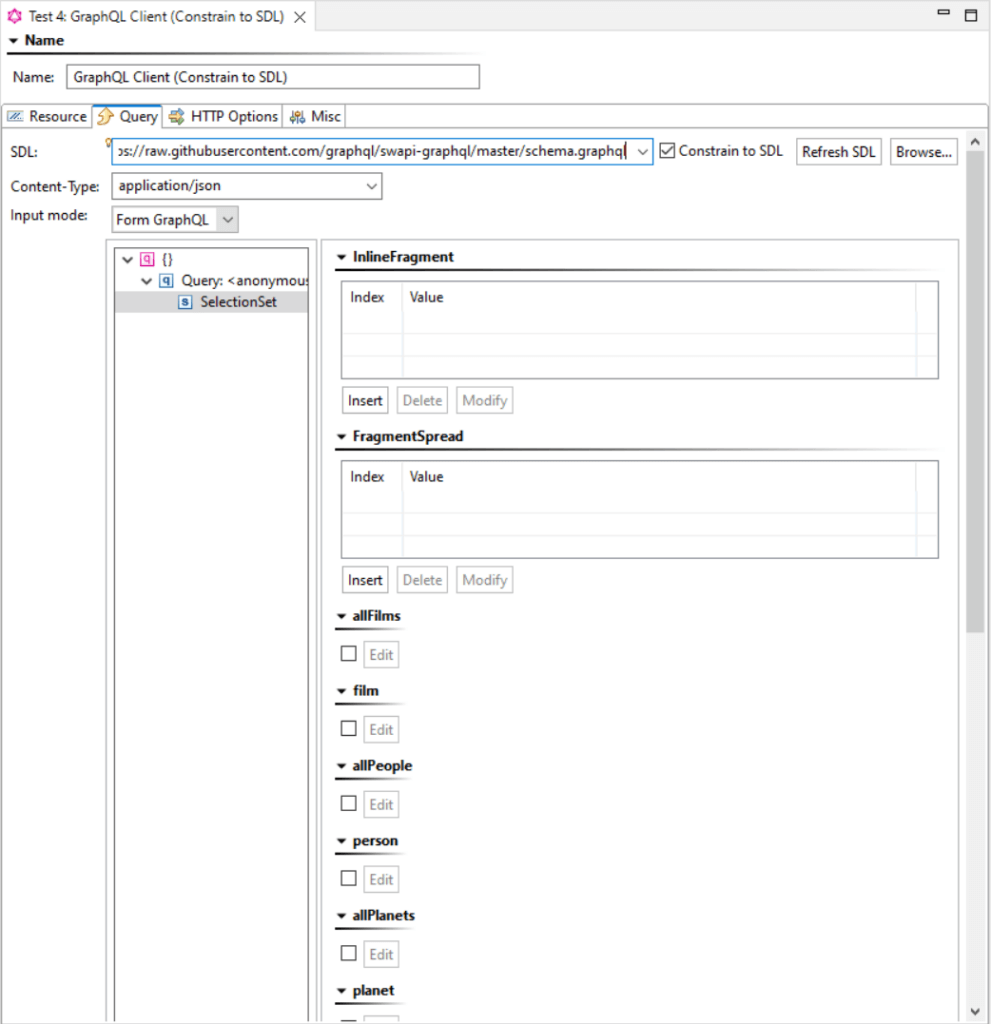 Inline expressions allow users to explicitly define the parameterization of response payloads using extracted values from requests. Instead of using separate data bank tools to extract request values, users can now define from where to extract values directly in the response payload. This simplifies both the creation and maintenance of the virtual assets since the configuration of the extractions appears directly where the extracted values are used.

Inline expressions also include the ability to calculate and return dates and times using specific parameters and formatting, such as adding a time interval to a date retrieved from a request. Inline expressions simplify the configuration and maintenance of passing data from requests to responses and configuring date values within virtual assets. 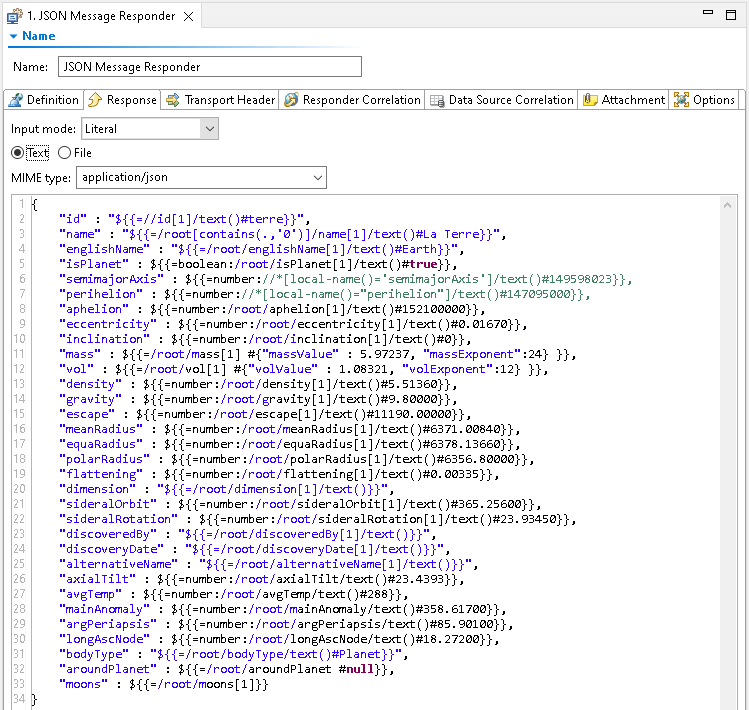 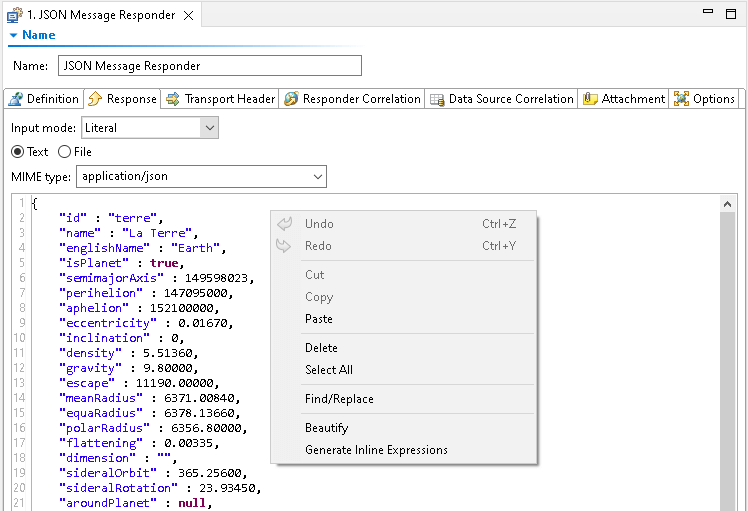 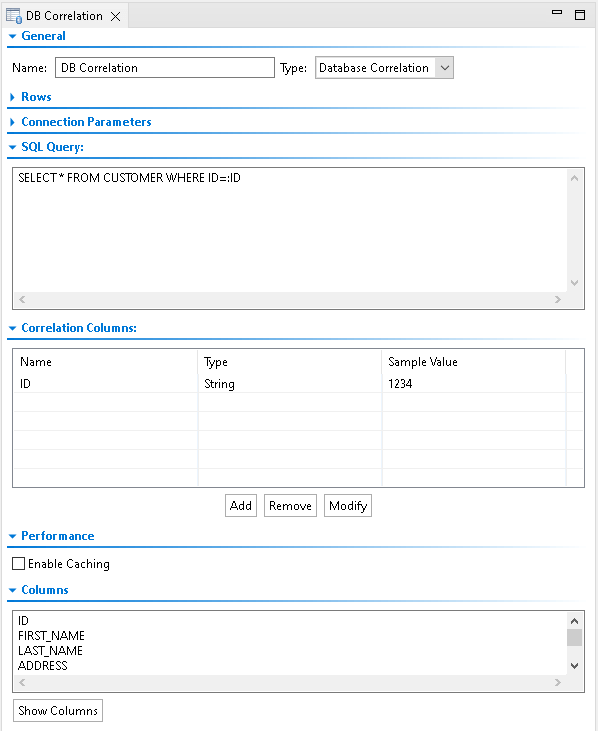 For you Selenium users out there, the 2022.2 functional product releases include a tandem release of Parasoft Selenic 2022.1 that supports Selenium 4. When generating Selenium tests from recordings, Selenic will detect the version of Selenium you’re working within your projects and generate the appropriate version 3 or version 4 compatible Selenium test. Additional updates in the latest Selenic release include:

Parasoft continues to offer additional capabilities through the online Marketplace to enable customers to extend the tool for specific use cases and protocols. Check out these new additions for SOAtest and Virtualize.

Conversely, the Parasoft gRPC listener extension adds gRPC support so that Virtualize assets can respond synchronously to unary calls and asynchronously to client-streaming, server-streaming, and bi-directional calls. This is necessary in order to virtualize the services of a gRPC server. Both the transport and listener extensions have been published to the IoT/Microservices Pack.

Formerly known as the MongoDB Query Tool, our newly enhanced and renamed MongoDB Tool has been updated to include full create, read, update, and delete (CRUD) functionality, where previously it only supported select (read) operations. It can be found as part of the Parasoft Functional Essentials Pack.

Also found in the IoT/Microservices Pack, our previous HTTP/2 Transport extension has been updated to support Java 11, which is required for use with SOAtest 2022.1.

We have added an Async tool to the Advanced Virtualization Pack. This tool enables the asynchronous execution of chained tools after a configured delay. This makes it easy to execute asynchronous actions that happen after a response has been sent. For example, after an HTTP 200 OK response is sent, a chained tool can be used to send an additional message to a topic or queue.

The new PCAP parser reads packet capture (PCAP) files created using the Wireshark network protocol analysis tool and uses them to create traffic files that can be used to create Parasoft virtual assets or test scenarios. The PCAP parser requires a native PCAP library be installed on the system. It’s packaged as part of the Virtualize Traffic Processing Pack.

We now offer scripts in the Marketplace that ease the configuration of an SSL connection to an external MongoDB instance as a data repository. These scripts can be found in the Data Repository Pack.

The existing RabbitMQ message listener for Parasoft Virtualize has been enhanced to support listening for messages on an exchange. It can also be found in the IoT/Microservices Pack.

OpenID Connect (OIDC) is an authentication protocol based on OAuth2.0 that enables seamless single sign-on (SSO) via third-party applications and vendor platforms, such as Azure AD and KeyCloak, among many others. This functionality has been added to Selenic to enable connectivity and interaction with Parasoft DTP/license server and SOAtest in an OIDC-enabled environment.

Documentation for Deploying in Kubernetes

Ready to try establishing a SOAVirt or CTP instance in Kubernetes, but don’t know where to start? We’ve got you covered. Full documentation steps you through the process of setting up your own Kubernetes-based SOAtest, Virtualize, or CTP instance.

Check out the release notes for more details. With your existing subscription, you can upgrade to the latest releases.

Contact us with any questions you might have about the latest releases of SOAtest, Virtualize, CTP, and Selenic.

See Parasoft SOAtest, Virtualize, CTP, and Selenic and the new capabilities in action!

Software Testing in DevSecOps for DoD