What Is an Environment-Based Approach to Software Testing?

Testing applications and services in isolation only gets you so far, and eventually you need to test in an operational environment. Parasoft’s “environment-based” approach to testing enables teams to test their applications in the context of all of the dependencies that exist in the real world environment.

Often testers and developers are looking at their deployment environment and its components on an individual basis, testing those pieces in isolation. This works to a certain extent but doesn’t test enough of the system. Another version of this is testing at the UI level, at a point where root causes of failures are hard to diagnose. The middle ground is where applications can be tested in as realistic an environment as possible using virtual services to mimic dependencies that aren’t available or consistent enough for testing. As more dependencies come online, you can move from virtualized services to live versions.

The environment-based approach to testing provides more context, to better understand how dependencies impact the application while UI testing, and helps the team go the next-level deep by creating API and database tests for the dependent components. By doing so, you can achieve more complete test coverage for your application, and decouple testing from the UI, so both can be run together or independently. Test failures are highlighted within the environment, making pinpointing failures easier.

Some additional benefits that come with an environment-based approach to testing include:

These benefits reduce the overall burden on testers to setup, run, and diagnose application tests while increasing test coverage and allowing testing to be done sooner, more comprehensively.

So let’s look at this in action. Parasoft SOAtest supplies an environment manager that visually displays the execution environment for the application under test. Shown below is an example with an application, in its environment, connected to dependencies. Each component in the environment can be provisioned as live or virtualized as needed, depending on the stability and availability of those components.

Parasoft SOAtest supplies an environment manager that visually displays the execution environment for the application under test. Shown below is an example with an application in its environment, connected to dependencies. Each component in the environment can be provisioned as live, or virtualized as needed: 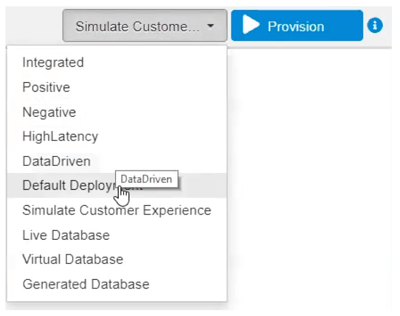 Once an environment is provisioned, a set of API and UI interactions are executed against the application under test. Results are captured, recorded, and compared to expected results within the IDE and in the Parasoft web portal, where the environment manager utility acts as the hub for functional testing.

Failures are highlighted in the environment manager and it’s possible to follow error reports from there into a more detailed report. 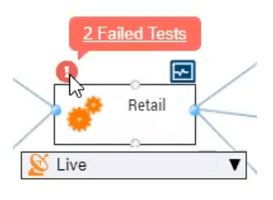 The API test reports that are generated indicate both failures and test coverage information. Failures mean that new functionality is broken, or that there’s an issue with a test. The root cause of these failures can be traced from the failure here to the appropriate API. Test coverage information is important because it indicates missing tests, and potentially shipping code that is untested.

The Role of Service Virtualization

Errors also arise from missing dependencies. This is where service virtualization comes into play. It’s often not possible to have live dependencies available for testing, perhaps because they aren’t ready yet or it’s difficult and time consuming to duplicate from the production environment. But to assure high-quality applications within schedule and budget constraints, it’s essential to have unrestrained access to a trustworthy and realistic test environment, which includes the application under test and all of its dependent components (e.g. APIs, 3rd-party services, databases, applications, and other endpoints). 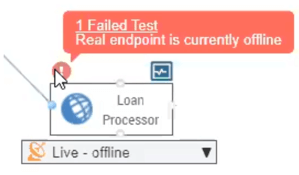 Service virtualization enables software teams to get access to a complete test environment, including all critical dependent system components, as well as alter the behavior of those dependent components in ways that would be impossible with a staged test environment — enabling you to test earlier, faster, and more completely. It also allows you to isolate different layers of the application for debugging and performance testing, but we’re not going to get into that as much today.

Individual services can be configured as live or virtualized. Deployment configurations that are combinations of live and virtualized dependencies can be saved as presets. 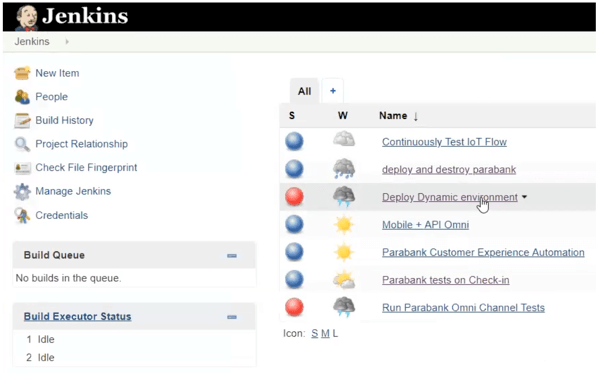 Using the Parasoft Jenkins plugin, build steps are added to deploy test suites from the build. Results are captured and linked to the environment manager. 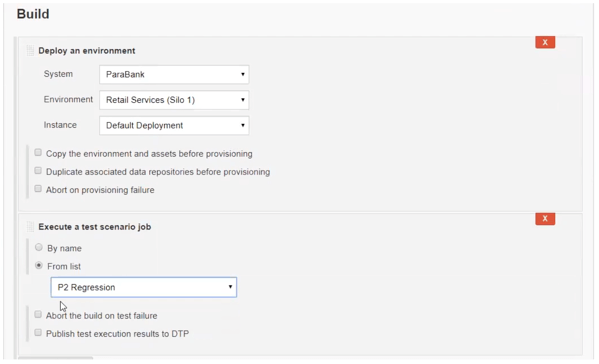 After build completion, test results are displayed within Jenkins. Failures link directly back to environment manager and deployment scenario.

By considering the operational environment first, and leveraging an environment-based approach to testing, software testers can make sure that everything is in place to make testing productive and efficient. Rather than spending time trying to test applications in isolation or with a pseudo-realistic environment, testers can spend more time on the actual testing itself.

Modernize Your Applications: Move From Manual Testing to CI/CD