What Is Static Application Security Testing and How Is SAST Used? 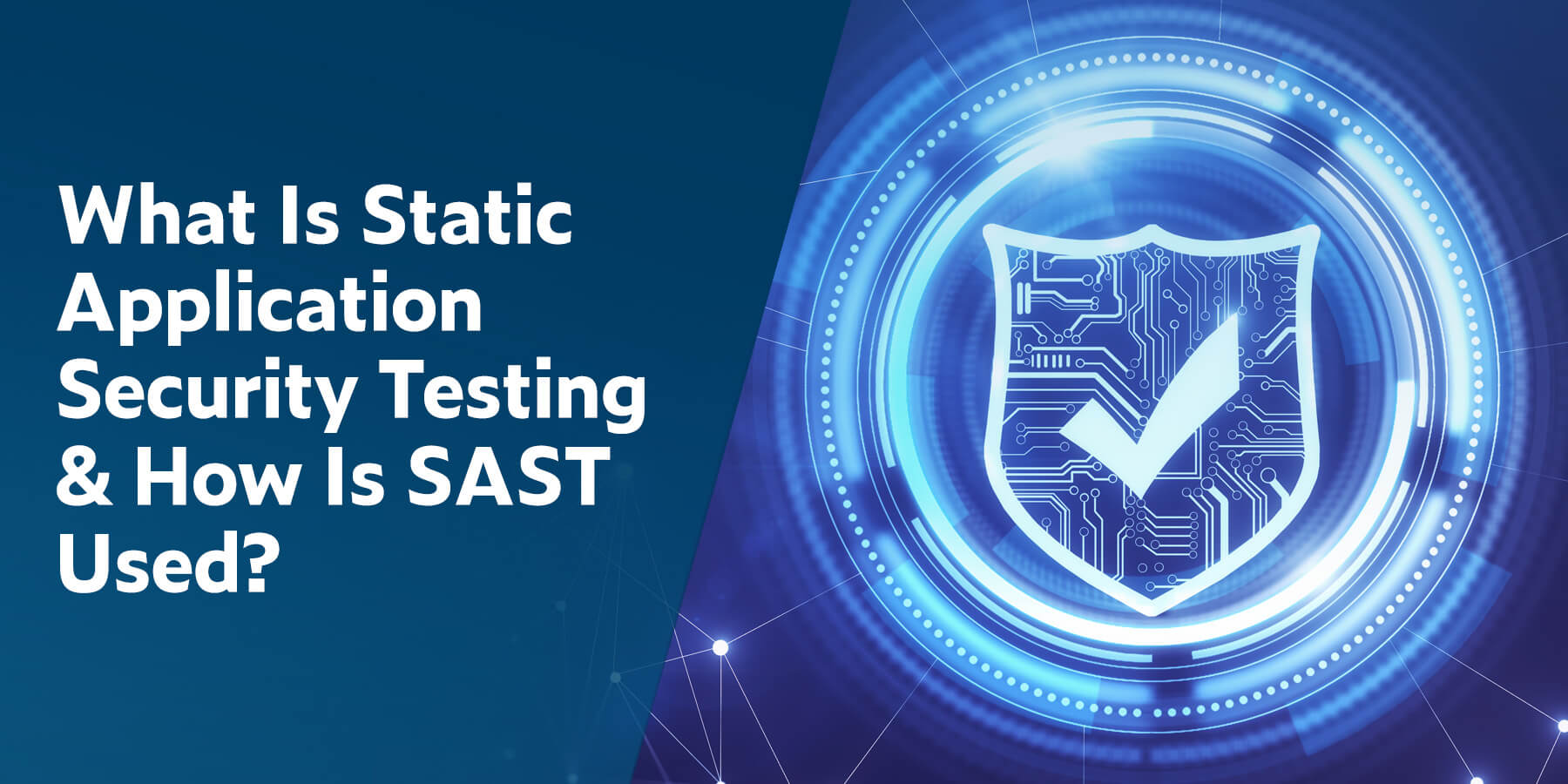 Static application security testing (SAST) is a way to perform automated testing and analysis of a program’s source code without executing it to catch security vulnerabilities early on in the software development cycle. Also referred to as static code analysis, SAST is the process of parsing through the code looking at how it was written and checking for security vulnerabilities and safety concerns. One or more sets of coding guidelines like CERT and MISRA are used from the start of development to determine what coding rules to adhere to. Some practitioners also incorporate their own custom rules.

Because static application security testing tools don’t need a running application to perform an analysis, they can be used early and often in the implementation phase of the software development life cycle (SDLC). As a developer is writing code, SAST can analyze it in real-time to inform the user of any rule violations, so you can immediately deal with issues and deliver higher quality applications out of the box while preventing issues at the end of the development process.

Additionally, as SAST helps you audit code and triage issues during implementation, test automation tools can also easily integrate into development ecosystems where continuous integration/continuous delivery (CI/CD) are part of the workflow that helps assure secure, safe, and reliable code during integration, and before it’s delivered.

What’s the Difference Between SAST and DAST?

While SAST analyses every line of code without running the application, dynamic application security testing (DAST) simulates malicious attacks and other external behaviors by searching for ways to exploit security vulnerabilities during runtime or black box testing.

DAST is particularly useful when catching unexpected vulnerabilities that development teams simply didn’t think of. This additional level of insight that DAST brings offers a broad array of security testing to find flaws and prevent attacks like SQL injections, cross-site scripting (XSS), and other exploits. Remember the 2014 Sony Pictures hack? That could have been prevented with DAST.

Comparing static code analysis vs dynamic application security testing, each is more effective than the other during different stages of the SDLC. SAST represents the developer’s point of view to make sure that all coding procedures follow the appropriate safety standards to ensure the security of an application from the start. DAST, on the other hand, mimics the hacker approach to identify possible user behavior towards the end of development. Let’s take a look at the key differences.

Because SAST studies the source code, it can be performed as soon as implementation starts by finding coding rule violations that open the door to security vulnerabilities. You don’t need a running build for software to be tested, and better yet, you can immediately triage code that has been flagged. With DAST, you need to execute the application before it can start scanning for vulnerabilities, which is as soon as you have running software.

Solving defects is still inexpensive during this phase, but as you continuously move up the V-model of software development, the more expensive the defect is to remedy. This is due to more personnel and tasks being involved in applying the fix. For example, when finding a defect during system testing, an engineer needs to verify the defect/vulnerability, repair the defect, report that it has been fixed, then pass it over the quality assurance (QA) team where they will have to rerun their test and verify that the issue has been resolved.

Documentation may also need to be updated, which could involve more personnel and time. Security vulnerabilities found after the product has been released are even more expensive, not only because of all the personnel that is involved in fixing the issue, but also because now there could be loss of business due to the product or company reputation being tarnished by the security liabilities, on top of the cost of possible lawsuits and restoration.

Because SAST tools scan static code, it’s able to be applied to multiple types of software applications and languages like C and C++ for embedded systems, as well as languages like C#, VB.NET, Java, and others used for back office, web applications, and more. This is a perfect complement to DAST, which is able to identify problems during runtime or within connected environments such as mobile apps, desktop apps, cloud-based services, websites, enterprise software, and games.

SAST vs DAST: How to Use Them Together

What Standards Should I Use for Static Application Security Testing?

Many security problems found in software tend to be a result of issues with the code itself. That’s why secure coding standards have been created, helping developers prevent software vulnerabilities on any device. By following security rules and guidelines, you have a way to prevent, detect and eliminate errors that could be a source of a security breach. Let’s take a look at some of the most effective standards available today.

The CERT Standard for Safe Software

With CERT coding standards, you can easily track and support commonly used software languages like C, C++, Java and more. Each CERT guideline allows you to assess risk based on severity and probability of an exploit, while measuring the cost to fix the problem, helping you completely understand your vulnerabilities while providing guidance and the full scope of the recommended solution.

OWASP Prevents Stings to Your Security

The Open Web Application Security Project, also known as OWASP, is another set of coding standards provided by a free online community established to deliver recommendations, processes, documentation, tools, and guidelines to develop secure software. OWASP guidelines are particularly useful because they provide a sustainable standard that anyone and everyone can use at no cost.

How CWE Helps Your Security

The Common Weakness Enumeration (CWE) Top 25 is a list of the most widespread and critical weaknesses that are likely to lead to exploits, repairs, and lengthy lulls in development. Collected and curated by the CWE community, the CWE Top 25 focuses on the top software and hardware vulnerabilities in languages including C, C++, and Java.

How NVD Helps Your Security

The Best Ways to Test Your UI

When testing your web applications, a combination of SAST tools and DAST practices tend to give you the best of both worlds, with each test complementing and validating the other. When you have your DAST results informing your SAST throughout the development cycle, you substantially improve how you can test, detect, and prevent security vulnerabilities with superior coverage at every step of development.

Whitepaper: Getting Started With Static Analysis

Ricardo is a Sr. Technical Product Marketing Manager for Parasoft’s embedded testing solutions. He has expertise in the SDLC and test automation of embedded real-time, safety- and security-critical applications, and software compliance to industry standards.