Unit testing helps in assessing even the smallest components of applications. However, there has been a challenge over how unit testing can be made more efficient. Here, we uncover how Parasoft Jtest Unit Testing Assistant can help software testers overcome this challenge.

We created the Parasoft Jtest Unit Test Assistant to make unit testing more efficient because we know how important it is yet how time-consuming it can be.

It’s well established that unit testing is a core development best practice. At the same time, here at Parasoft, we hear many stories from customers about the insufficient unit test coverage of their code.

Get the Best Practices Guide for Java Developers

So why the gap between best practice and reality?

Let’s look at some of the causes of low unit test coverage and how to get past these obstacles with software automation.

Why Do Unit Testing, Anyway?

Most development teams will agree that unit testing is valuable. A good unit test suite provides a safety net to application development, enabling teams to accelerate Agile development while mitigating the risk of defects slipping into later stages of the pipeline.

I would go further and say that the process of creating a software unit test is a beneficial activity in and of itself, helping the developer to look at their code through a different lens, essentially doing an additional code review. 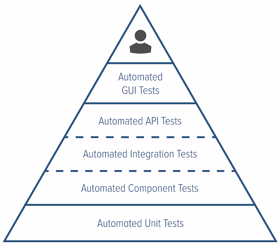 While writing a unit test, you review the interface to the functionality from an external point of view, benefiting from asking questions like below.

Our development teams at Parasoft have uncovered many issues in code under development while writing unit tests for that code.

Where Intentions of Great Unit Testing Break Down

Typically, development teams do a minimal amount of unit testing or skip it altogether. Often this is due to some combination of the following two situations.

This breaks down into some common reasons developers cite that limit the adoption of unit testing as a core development practice.

Tools to Help With Unit Testing

There are several tools currently available that can help with unit testing.

Although these tools are helpful, they don’t address the reasons why developers don’t do enough unit testing. Developers still find many pain points that make unit testing expensive, such as the following: 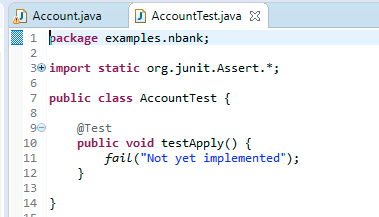 In summary, the creation of a unit test still requires a lot of manual, time-consuming, often mind-numbing effort before you’ve even started with adding business logic to a test.

Get the Strategy Guide for Managers & Leaders

The Solution? We Created an Assistant!

To build a tool to help you bypass these pain points, we turned to software testing automation (of course). Parasoft Jtest’s Unit Test Assistant (UTA) is available to help you create a fully functioning unit test at the click of a button.

Tests created with Parasoft Jtest are “regular” JUnits but with all the mundane work done for you. Parasoft Jtest sets up the test framework, instantiates objects, configures mocks for appropriate objects and method calls used by the method under test, and adds assertions for values that change in the tested objects. These JUnits can be executed as part of your standard CI workflow the same way as your existing tests.

Developers can choose to generate multiple test cases with object initialization and mocks fully configured to cover all branches in their method under test. Alternatively, if they want more control over the generated code, they can build up the test little by little using targeted Parasoft Jtest actions.

Parasoft Jtest’s Unit Test Assistant specializes in an assisted workflow by providing actions that do the following:

Many teams still maintain legacy codebases with lots of untested code. This becomes a business risk when changes need to be made to that code.

Parasoft Jtest allows a developer to generate test suites for entire projects, packages, and classes to quickly build a set of tests that provide high coverage of the legacy code. The tests can be optimized to produce the highest coverage with the minimal set of test cases or to produce slightly less coverage with a more stable and maintainable test suite.

Often some tests exist for a codebase, but not enough tests to cover all conditions. The main flows are tested, but edge cases or error conditions are left untested.

Parasoft Jtest visually shows which blocks of code are tested and which are not and provides context-specific actions to create a test case that specifically covers a specified uncovered line of code. This action creates a test case that initializes all objects and mocks with specific values needed to force the test to execute the given line of code.

We created Parasoft Jtest’s Unit Test Assistant to make unit testing more efficient because, as an organization that specializes in intelligent test automation, we know that unit testing is an essential step in creating software that’s safe, secure, reliable, and high quality.

Reduce the time it takes to create & maintain unit tests.

Nathan is Director of Development at Parasoft. He and his teams develop product capabilities in the areas of UI testing (Selenic), API testing (SOAtest), service virtualization (Virtualize), and unit testing (Jtest). He has been with Parasoft since 2000.